The WILD Way!
To Lucid Dreaming

'Our Cause' - is to eventually bring this ability of ours to lucid dream to the attention of the mainstream public via advertising. I'm personally doing all that I can in this direction but funds are low and progress is slow, so anything people want to contribute will go straight into a fund created expressly and solely for this advertising campaign alone.

The idea being to initially advertise this book and it's accompanying free videos via Youtube adverts, all and any proceeds from which will then be spent on more advertising in the hope that the whole thing will then gradually snowball into other areas of advertising as well. As the mainstream public's interest in lucid dreaming grows they'll no doubt want to read other literature on the subject too and the whole thing will expand.

The final aim of which is to create a self-perpetuating 'Authors Fund' that will manage all and any income from sales and advertising, and which will then continue doing so until such times as lucid dreaming becomes publicly known and practiced all over the world, thus raising and expanding people's awareness while adding to their overall appreciation and quality of life in the process.

All contributions will later be published and accounted for via this page dedicated to keeping a running total of how much is collected versus how much is spent on which type of advertising and all the proceeds generated & other notices.

17th June
9 days later and everything's still going as expected, 'impressions' versus 'views' still hovering around the 75% - 25% mark, which seems to be average... The advert have finally settled on lasting for 78 seconds and which plays right to the end (so no more blank screens then heh) and of which people are apparently viewing a whopping great 83% of it! (very cool). You can view this latest advert: HERE or by clicking on the image below - so far it's collected 1,765 views and around 4 times as many impressions:

8th June 2021
Just paid the first Google invoice of £200.00 (ouch!) Which, according to their stats, has produced some 8,000+ 'views' of the various adverts and just about 4 times that amount again of impressions not watched beyond the 30-seconds limit. There's been no appreciable increase in visits to the site or sales from this so far, however, but then this is still very early days, so onward and upward and let's give it a chance to do what advertising is supposed to do :)

The current 'spend-rate' has thus been around £15.00 per day. Based on the current fund this then projects a campaign lasting 134 days, something which may yet vary depending on any scaling-up or not involved via contributions from the public.

3rd June 2021:
Onto the 6th version now, tweaking the ending somewhat. Amazingly, people were watching them almost all the way through even when it was just a blank screen for several seconds?? (very strange). In this version the end screen plays all the way to the end; if people are going to watch it then they might as well get a good eyefull of it huh, you can see it HERE

29th May 2021:
Have switched now to a 3rd version, a far shorter one as the other versions both received 1000's of views and used up their daily budget in only an hour or so, which is good in one way but bad in another. Preferably, one wants many more 'impressions' than views as this advertises the book without incurring too many costs. The ads themselves were very popular though as one in four people were actually viewing them instead of only watching the first few seconds and skipping over it, and that's expensive! You can see this latest shorter version: HERE or by clicking on this image below:

26th May 2021:
After an incredibly frustrating morning clicking just about everything clickable in the Youtube Ads-program, and unclicking them all again and then putting some back, for hours lol, it's on there!!! - The Youtube Advert has just gone live! Yaay :)

24th May 2021:
This Reports Blog starts here: With the report that theYoutube advert i've been preparing is now complete and can be viewed - 'HERE' or by clicling on the image below

- Feedback via facebook, where i've been testing this Ad, is initially very positive and encouraging. The advert program on youtube is another matter altogether though: a veritable minefield of multiple choices to fill in and/or edit, make one mistake here and potentially whoop's there goes 100's of pounds out the window for clicking/not-clicking the wrong box? D'oh! Oh boy, this is not gonna be fun :) 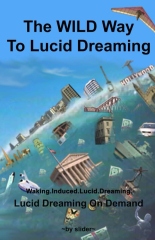